Subscribe to my newsletter and receive 10% off on you next purchase in my shop.

Home  -  BELONGING, HEALING and THE POWER OF ART   -  News from my studio – and what a sepsis got to do with it
12
March

BELONGING, HEALING and THE POWER OF ART , INSPIRATION, ZEN and PUNK, Featured 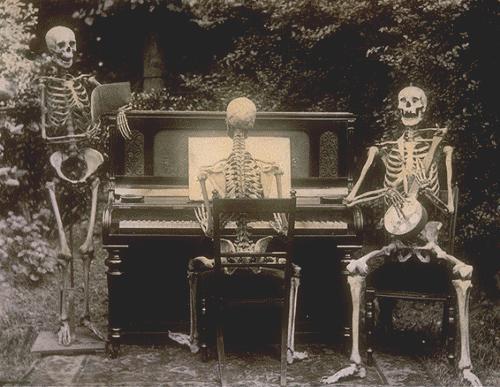 Yay, I got my health back. Now I can use my energy for other things than endlless hospital stays. And I can finally focus on bringing my shop and studio into shape. If you’re wondering what happened to me, you can read on below:  I wrote the story down briefly. You will also find out why so little has happened on my website in the last few years. I am currently listing a lot of new shop products – the first batch will go online at the end of next week. And I already have one new product: From now on you can get many of my motifs on paper in A3 format. It’s pretty big and looks great. ————————————————– ————-

Sepsis, coma and back – a surreal trip

Have you ever heard of sepsis? Do you think that you can recognize it by a dark line on your forearm? Not even close. I had no idea about any of this until December 2018. But blood poisoning is ubiquitous and it can affect anyone – young or old. Only yesterday I read that Norbert Blüm suffered sepsis and is now paralyzed in a wheelchair after a month in hospital. News like these hit me very hard and I wish everyone involved all the best. And the new corona virus can also lead to sepsis and organ failure in severe cases. So the topic is brand new. Sepsis is tricky and all too often fatal. So I’m damn grateful that I got out of this relatively unharmed. But what happened? It was winter, Advent was in full swing and I felt terribly bad. Looks like I caught the flu again, I thought.

Actually I had been sick all the time in the years before. But that didn’t worry me too much. My husband and I built a house in 2015/16 and did a lot of the interior work ourselves. So I blamed my tarnished constitution on that. And yes, we were both very tired. In the summer of 2016, I also had stomach pain and diarrhea and could hardly eat anything. At that time I didn’t think much of it because I felt better at some point. But somehow I didn’t really get back on my feet. I remember watering the plants in the garden almost collapsing under the weight of the watering can. Maybe the tick bite a few months ago, I thought. Or the nasty brake stitches, of which I had three at once.

Since I’m not a person who rushes to the doctor easily, I pushed the whole thing down and life went on as usual. Until December 10th, 2018. I was getting worse and worse and as I later found out my face had turned a strange green colour. So it was sensible to go to the doctor after all – probably just in time. I was almost lying on the chair in the waiting room thinking I was going to die. And when the doctor saw me, she asked my husband: Is that your mother? Ouch, if I look this shit, it’s bad, I thought. And that’s why I immediately agreed when the doctor referred me to the hospital. The hospital in the neighboring village immediately gave me two blood supplies – and then referred me to a large clinic with an intestinal center in Cologne. Because it semed obvious that my bowel had something to do with it.

In a very fast ambulance I rode to Cologne. After I got cortisone, I felt better at first. But at some point I can no longer remember clearly. There are only puzzling scraps that are quite interesting, but make no sense. However, I do know that I had a colonoscopy. I was also given a nasogastric tube and a laughing woman painted a black spot on my stomach. I don’t remember exactly how it all happened.

Anyway, on December 13th, my colon burst. From then on I have a mental blackout. I was operated five times and the doctors put me in an artificial coma for a week – with severe sepsis, peritonitis and bilateral pneumonia. I know from stories that I was swollen like a balloon and that the doctors expected the worst.

And this artificial coma not only looked bad from the outside, it was also more than severe to me. But I’ll write about these blatant experiences and hallucinations another time. I either start a series of other blog posts or write a book about the whole thing and my way back – I have something funny in mind that will inspire readers.

But back to the action: at one point I was brought out of the coma thinking that I had been kidnapped and should be tortured to death – somewhere far from home in a tiny house on a lonely hill. That’s why I was totally shocked when I suddenly saw my husband. Damn, they caught him too, I have to warn him, I thought in panic. That’s why I croaked desperately with some orange stuff in my mouth: „Get out of here, get out of here!“ The poor guy was already thinking that my brain had not survived the coma. But he stayed.

As I slowly woke up, at some point I realized that I couldn’t move – and that I had a plastic bag stuck to my stomach. I also had a huge open stomach wound in which there were sponges that I never looked at – not even out of the corner of my eye. It turned out that the doctors had to remove my colon except for the rectum and I now had an artificial anus. My right arm was still tremendously swollen from having survived sepsis – llike the one Hellboy has, but with a hand that looked like a pig’s foot.

And I couldn’t do anything anymore: no walking, no sitting – I couldn’t even speak properly. This is called post-sepsis syndrome, which can also be associated with a disease of the nerves (critical illness polyneuropathy). The nerves and brain are affected – and the muscles are downright stunted. So I was completely paralyzed in the intensive care unit and didn’t know what was happening to me. But at least everything was still there except for my intestines. Luckily. Because many of those affected by sepsis lose their hands or feet – or their eyesight. In my case, I still had those. But my brain wasn’t working properly. Somehow wrong words came out of me. And I could only see to a limited extent. In short, I couldn’t do anything and was completely dependent on outside help. And that was pretty difficult for me – but I had no choice either.

Unfortunately, doctors and nurses generally know far too little about sepsis and its consequences. This is probably a problem worldwide, but Germany is doing really badly here. A fact that I actually cannot understand. In that sense, I was lucky that the sepsis was recognized quickly and that I was given the right medication.  I have heard of far too many cases where the doctors reacted too late or not at all. Unfortunately.

Unfortunately there is also a lack of knowledge about the consequences, such as the post-sepsis syndrome, which can lead to inability to move and other symptoms such as poor concentration. That’s probably why some doctors and nurses thought that I was simulating. The sentence, you are still young, echoed through the room several times a day. As if that meant anything  – without a functioning musculoskeletal system. To this day I cannot understand that sepsis is not seen as an independent disease – by the way, not even by health insurance. But more on that later. The doctors and nurses are not the ones to blame – this shows enormous deficits in our handling of this disease. These onerous circumstances were only due to the fact that sepsis is simply not taken seriously. It is the third most common cause of death in Germany – it may even lead to death more often because it is not recognized in many cases. And I think we need some guidelines for doctors and nurses – and for health insurance companies. In short: there was no real therapy for me. I couldn’t move a bit and was labeled lethargic.

My silver lining were the physiotherapists who believed me, motivated me and brought me back to life. They trained with me every day and did exactly the right things. But they could only lay the foundation: When I was send home after seven weeks, I could not stand up or walk on my own and I was still completely dependent on help.

Since our health system apparently completely ignores sepsis, I was not entitled to rehab. The health insurance company simply ignored the diagnosis. I would actually have needed a so-called early rehab, like the one that stroke patients get. With the help of my husband and mother, I somehow managed. As soon as I was able to crawl a bit, I just did my own rehab program. That was real torture – but a super good one. And it was a complete success. How I managed to walk again and learn everything else would lead too far now. The whole story is maybe available in detail in further articles – or in book form.

Just this much: the whole thing mobilized forces in me that I didn’t even suspect I had. And it gave me a whole new look at life because it was extremely challenging physically and mentally. Despite everything, I really like to remember it, because it was an intense and instructive time. I’ll write it down, I promise.

In any case, it took about a year before I was fully able to move again. And in January 2020 I was finally so fit that I went under the knife again. And by no means lightly. To be honest, I was really nervous about it. But why another operation at all?

Although my hospital stay in 2018 had been difficult for me, I still had confidence in the doctors‘ ability. Because the surgeons understand their craft – and that’s what counts. It is better to cry into the pillow after a successful operation than to be petted after a failed one. And I was lucky: Despite the emergency surgery, I had the opportunity to put my artificial anus (stoma) back. I thought back and forth for months. Yes no why? I’m healthy and I’m fine with the bag too. Should I let them cut me open? Whhuaa. But I did it at the end of January 2020 – and it was a complete success. A life with a bag is okay – but I am infinitely happy and grateful that I can live without it again. The stomach wound has yet to heal and I am not allowed to carry anything heavy. But other than that, I feel great and am on fire to finally fill my shop and paint new pictures. I’m so happy that I’m still alive and that I can do all these great creative things. 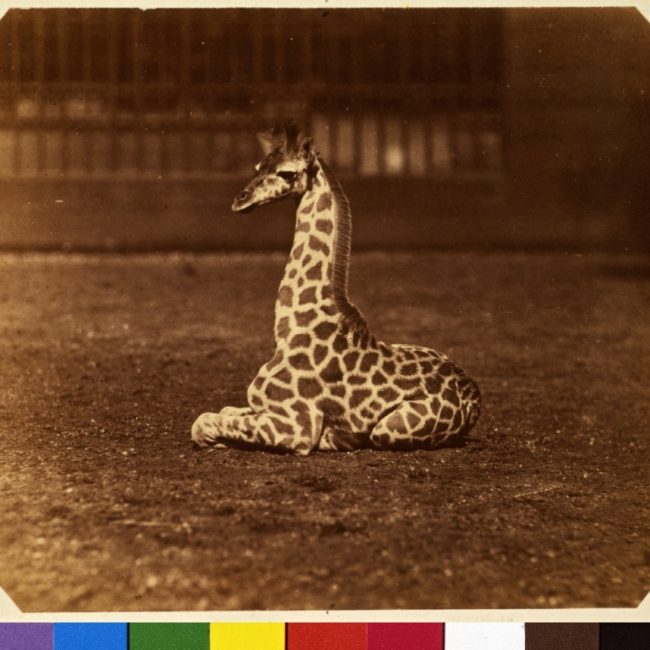 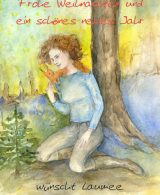 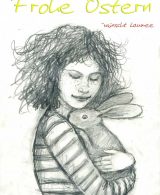 Yay, this is a blog!

Buy Me a Coffee